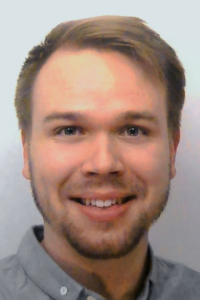 Alexander Soegaard completed his bachelor degree in Chemistry and Technology from the Technical University of Denmark (DTU) between 2012 and 2016, spending a semester abroad at University of California San Diego (UCSD). He obtained his master degree with honours in Advanced and Applied Chemistry from DTU in February 2018. His thesis on the topic “Catalysis with Liquid Organic Hydrogen Carrier (LOHC) Systems” was completed as a collaboration between Centre for Catalysis and Sustainable Chemistry (CSC) at DTU and Lehrstuhl für Chemische Reaktionstechnik (CRT) at Friedrich-Alexander-Universität Erlangen-Nürnberg (FAU). Since September 2018, he has been working as a research associate at CRT with his doctoral degree on the topic of hydroformylation and metathesis using Supported Catalytically Active Liquid Metal Solutions (SCALMS).